Before we can write our first program, we need to learn how to create new programs within our Integrated Development Environment (IDE). In this lesson, we’ll cover how to do that, and you’ll also compile and execute your first program!

To write a C++ program inside an IDE, we typically start by creating a new project (we’ll show you how to do this in a bit). A project is a container that holds all of your source code files, images, data files, etc… that are needed to produce an executable (or library, website, etc…) that you can run or use. The project also saves various IDE, compiler, and linker settings, as well as remembering where you left off, so that when you reopen the project later, the state of the IDE can be restored to wherever you left off. When you choose to compile your program, all of the .cpp files in the project will get compiled and linked.

Each project corresponds to one program. When you’re ready to create a second program, you’ll either need to create a new project, or overwrite the code in an existing project (if you don’t want to keep it). Project files are generally IDE specific, so a project created for one IDE will need to be recreated in a different IDE.

Create a new project for each new program you write.

When you create a new project, you’ll generally be asked what type of project you want to create. All of the projects that we will create in this tutorial will be console projects. A console project means that we are going to create programs that can be run from the Windows, Linux, or Mac console.

Here’s a screenshot of the Windows console: 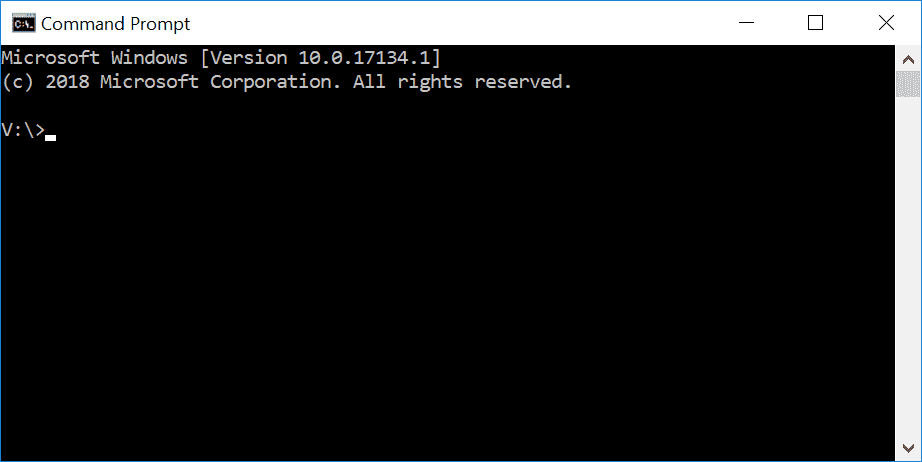 By default, console applications have no graphical user interface (GUI), they print text to the console, read input from the keyboard, and are compiled into stand-alone executable files. This is perfect for learning C++, because it keeps the complexity to a minimum, and ensures things work on a wide variety of systems.

Don’t worry if you’ve never used a console before, or don’t know how to access it. We’ll compile and launch our programs through our IDEs (which will invoke the console when necessary).

When you create a new project for your program, many IDEs will automatically add your project to a “workspace” or a “solution” (the term varies by IDE). A workspace or solution is a container that can hold one or more related projects. For example, if you were writing a game and wanted to have a separate executable for single player and multiplayer, you’d need to create two projects. It wouldn’t make sense for both of these projects to be completely independent -- after all, they are part of the same game. Mostly likely, each would be configured as a separate project within a single workspace/solution.

Although you can add multiple projects to a single solution, we generally recommend creating a new workspace or solution for each program, especially while learning. It’s simpler and there’s less chance of something going wrong.

Traditionally, the first program programmers write in a new language is the infamous hello world program [1], and we aren’t going to deprive you of that experience! You’ll thank us later. Maybe.

Starting with this lesson, you will see many examples of C++ code presented. Most of these examples will look something like this:

If you select the code from these examples with your mouse and then copy/paste it into your IDE, you may also get the line numbers (depending on how you made the selection). If so, you’ll need to remove the line numbers manually before you compile.

Creating a project in Visual Studio 2019

When you run Visual Studio 2019, you should see a dialog that looks like this: You’ll then see a dialog that looks like this: If you’ve already opened a prior project, you can access this dialog via the File menu > New > Project.

Select Windows Desktop Wizard and click Next. If you don’t see this, then you probably forgot to choose to install the Desktop development with C++ workload when you installed Visual Studio. In that case, go back to lesson 0.6 -- Installing an Integrated Development Environment (IDE) [2] and reinstall your Visual Studio as indicated (note: rather than doing a full reinstall, you can run the Visual Studio installer and modify your existing installation to add the C++ workload).

Next, you’ll see a dialog that looks like this: It’s recommended that you also check the Place solution and project in the same directory, as this reduces the number of subdirectories that get created with each project. Make sure the Application type is set as Console Application (.exe) and that the Precompiled Header option is unselected. Then click OK.

You’ve now created a project! Jump down to the Visual Studio Solution Explorer [3] section below to continue.

Creating a project in Visual Studio 2017 or older

To create a new project in Visual Studio 2017 or older, go to the File menu > New > Project. A dialog box will pop up that looks something like this: First, make sure Visual C++ is listed on the left side. If you don’t see Visual C++, then you probably forgot to choose to install the Desktop development with C++ workload when you installed Visual Studio. In that case, go back to lesson 0.6 -- Installing an Integrated Development Environment (IDE) [2] and reinstall your Visual Studio as indicated (note: rather doing a full reinstall, you can run the Visual Studio installer and modify your existing install to add the C++ workload).

If you don’t see Windows Desktop as an option, you’re probably using an older version of Visual Studio. That’s fine. Instead, choose Win32 and then Win32 Console Application in the main window.

Down below, in the Name field, enter the name of your program (replace the existing name with HelloWorld). In the Location field, you can optionally select a different location for your project to be placed into. The default is fine for now.

Click OK. If you’re using an older version of Visual Studio, the Win32 Application Wizard will launch. Press Next.

At this point, you should see a wizard dialog that looks something like this (older versions of Visual Studio use a different style, but have most of the same options): Make sure you uncheck Precompiled Header.

Then click Ok or Finish. Now your project is created!

On the left or right side of the window, you should see a window titled Solution Explorer. Inside this window, Visual Studio has created a solution for you (Solution ‘HelloWorld’). Within that, with the name in bold, is your new project (HelloWorld). Within the project, Visual Studio has created a number of files for you, including HelloWorld.cpp (underneath the Source Files tree item). You may also see some other .cpp or .h files, which you can ignore for now. In the text editor, you will see that Visual Studio has already opened HelloWorld.cpp and created some code for you. Select and delete all of the code, and type/copy the following into your IDE:

To compile your program, either press F7 (if this doesn’t work, try Ctrl-Shift-B) or go to the Build menu > Build Solution. If all goes well, you should see the following appear in the Output window:

Q: I got error C1010 ("fatal error C1010: unexpected end of file while looking for precompiled header. Did you forget to add '#include "stdafx.h"' to your source?"). What now?

To run your compiled program, press Ctrl-F5, or go to the Debug menu and choose Start Without Debugging. You will see the following: That is the result of your program! Congratulations, you’ve compiled and run your first program!

Creating a project in Code::Blocks

To create a new project, go to File menu > New > Project. A dialog box will pop up that looks like this: Select Console application and press the Go (or Create) button.

If you see a console application wizard dialog, press Next, make sure C++ is selected and press Next again.

Now you will be asked to name your project. Title the project HelloWorld. You can save it wherever you wish. On Windows, we recommend you to save it in a subdirectory of the C drive, such as C:\CBProjects. You may see another dialog asking you which configurations you want enabled. The defaults should be fine here, so select Finish.

Now your new project has been created.

On the left side of the screen, you should see a Management window, with the Projects tab selected. Inside that window, you’ll see a Workspace folder, with your HelloWorld project inside of it: Inside the HelloWorld project, expand the Sources folder, and double click on “main.cpp”. You will see that a hello world program has already been written for you!

Replace that one with the following:

To build your project, press Ctrl-F9, or go to Build menu > Build. If all goes well, you should see the following appear in the Build log window:

To run your compiled program, press Ctrl-F10, or go to Build menu > Run. You will see something similar to the following:

That is the result of your program!

Linux users may need to install the additional packages before Code::Blocks will compile. Please see the Code::Blocks installation instructions in lesson 0.6 -- Installing an Integrated Development Environment (IDE) [2] for more info.

If you’re using g++ on the command line

In this case, you don’t need to create a project. Simply paste the following into a text file named HelloWorld.cpp and save your file:

From the command line, type:

This will compile and link HelloWorld.cpp. To run it, type:

HelloWorld (or possibly ./HelloWorld), and you will see the output of your program.

If you’re using other IDEs or a web-based compiler

It’s okay, take a deep breath. We can probably fix it. :)

First, look at the error message that the compiler gave you. Most often, it will contain a line number indicating which line was in error. Examine both that line and the lines around it, and make sure there are no typos or misspellings. Also make sure you’re not including line numbers in your code.

Third, read the comments below -- someone may have encountered the same issue.

Finally, if all of the above fail, try searching for your error message on Google. It’s likely someone else has encountered this before and figured out how to fix it.

If your program runs but the window flashes and closes immediately

Some IDEs don’t automatically pause the console screen after the program has finished executing. Your program is running, but the output window is closing before you can view the results.

If this is the case with your IDE, the following two steps will fix your problem:

First, add or ensure the following lines are near the top of your program (Visual Studio users, make sure these lines appear after #include “pch.h” or #include “stdafx.h”, if those exist):

Second, add the following code at the end of the main() function (just before the return statement):

This will cause your program to wait for the user to press a key before continuing, which will give you time to examine your program’s output before your IDE closes the console window.

Other solutions, such as the commonly suggested system("pause") solution may only work on certain operating systems and should be avoided.

Your anti-virus or anti-malware may also be blocking execution of the program. If that’s the case, try temporarily disabling your scanners and see if the problem resolves.

Congratulations, you made it through the hardest part of this tutorial (installing the IDE and compiling your first program)!

Don’t worry if you don’t understand what all the different lines in the Hello World program do. We’ll look at and explain each line in detail at the start of the next chapter.